Teenage pregnancy rates hit a 43 year low! However, the excitement may only be short-lived according to a variety of campaigners. 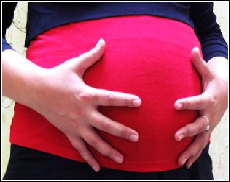 If you’re still confused, here’s a nice simple way to sum it up. The amount of pregnancies in the under 20s age group declined dramatically but every other age group saw an increase in conceptions with the biggest rise in the over 40s (an increase of 5.2%).

The chief executive of the FDA said that the decline in teenage pregnancies was to be welcomed and was down to “the dedicated work of professionals in relationship and sex education, contraception and local services.” Simon Blake also decided to comment on the dramatic decline by saying “”The focus on improving young people’s sexual health must be retained and we must continue to stay focused on what we know works; improving access to sexual health services, good quality sex and relationships education in school and the community and supporting parents to talk to their children about relationships.”

However, although the dramatic drop in teenage pregnancies may seem as a cause for a celebration, it actually isn’t when we look at the bigger picture. Labour had a 10 year plan in which they aimed to reduce overall pregnancy rates by 50%… the overall pregnancy rate fell by less than a quarter in 10 years. There also seems to be a huge lack in the amount of people becoming midwives. Jacque Gerrard commented on the situation about midwives by saying:

Who knows what the future holds for women becoming pregnant, we’re already dealing with a rapid increase in population which we cannot handle and this huge spike in the number of over 20s becoming pregnant is basically “adding insult to injury.”