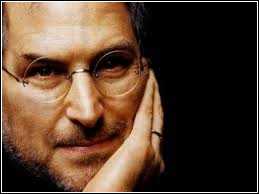 Millions of people around the world are mourning the death of this international inventing icon, who has created the iPod, iPhone, iPad, iTunes and the Mac. Dying at the relatively low age of 56, nearly every country in the world is celebrating his life, his achievements, and his unending legacy. Apple’s official website is also commemorating their CEO with this heartfelt message:

Apple has lost a visionary and creative genius, and the world has lost an amazing human being. Those of us who have been fortunate enough to know and work with Steve have lost a dear friend and an inspiring mentor. Steve leaves behind a company only he could have built, and his spirit will forever be the foundation of Apple.

US President Barack Obama and Russian President Dmitry Medvedev have said that Jobs has changed the world with his innovation. Bill Gates, founder of Microsoft claimed knowing him was “an insanely great honour“ and Facebook creator Mark Zuckerberg calls him his “mentor and friend”.

Thousands of fans are visiting Apple stores around the globe, leaving flowers, letters and apples with a bite taken out, representing the Apple logo. A private funeral was held on the 7th of October for family and close friends.

Our hearts are with the Jobs family, his wife and 4 children, in this obviously harsh time. Please leave your messages below