Will.I.Am has denied rumours that the Black Eyed Peas are splitting up. 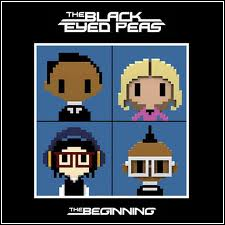 Many rumours have been circling the web about the possibility of the Black Eyed Peas (or BEP) splitting up and Will.I.Am (the found of BEP) has slammed these rumours. He took to Twitter and tweeted “‘Why do people listen to rumors.’Me and @apl_de created the peas’.so.from the creators mouth.We are not breaking up.stop the rumors.” He has clearly denied all rumours that they are breaking up, however…

The irony of the situation is, that Will.I.Am himself started the rumours! In early July he claimed that “The @Bep will take a break after the beginning.just like we did from monkey business to the e.n.d.but it doesn’t mean we stop creating”. Many fans who read this tweet obviously took a very pessimistic view of the situation and jumped to the conclusion that this was the end of BEP.

The rumours were fuelled up again this week after 2 occasions. The first occasion was due to the BEP not attending to Michael Jackson tribute concert after cancelling last minute. This led many people to believe there was ‘trouble’ in the group and it was the beginning of the end for BEP. On the second occasion, Kanye West announced at his show “Rest in peace to the Black Eyed Peas. You’re gonna be missed.” Which obviously worried a large majority of BEP fans.

Will.I.Am was quick to jump to Twitter again and announce “maybe @kanyewest was stating the fact we will take a rest for a little bit.but we the @bep will never die.never.impossible.” Yet again, he ‘stomped out’ the firey rumours.

The Black Eyed Peas are an American hip-hop group formed in 1995. The group consists of Will.I.Am, apl.de.ap, Taboo and Fergie (Fergie and Will.I.Am often do solo songs). They’ve lasted an amazing 16 years and hopefully they will last another 16 years!

Do you think the BEP will split up? What is your favourite song by the BEP? Are you even ‘connected’ to their twitter page? Let your voice be heard by clicking ‘Read More & Comment’ and posting your opinion!