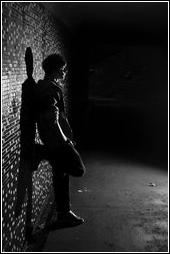 I’m  sorry to write this letter. I feel proper bad about it. But it just ain’t going to work. I no finding me was a dream for you, but it isn’t right. You need to stick with the ones that brought you up. They did a great job, honest. Your loads better behaved than my Travis and Clare.

Please dont try to contact me. Itll be easier for all of us

Clutching the letter and fixing my collar, I headed out of my room, glancing back and thinking, yet again, how empty this room always felt despite being crammed full of family heirlooms.

My wardrobe – 19th century French armoir, left to the Laslett’s by a great, great uncle. This was by far, my most favourite furniture out of the whole “collection.” It just had something about it, something the other junk didn’t have. The way the doors were painted with varnish to create the shiny effect really made it stand out and the smell of fresh oak was still there, despite it’s age.

An ancient, valuable oak chest-draw that was perched on the edge of the cupboard was left by great, great grandma Margaret. Even the crystal lamp, that looked vile, belonged to my great grandparents.

Walking out of my room, I stood in an enormous empty corridor which was only decorated by two large bizarre looking paintings and an old battered piano. The piano looked awkward and out of place as it appeared to be hidden in the corner as if it wasn’t meant to be seen. Part of the piano was out of sight as the shadow camouflaged with the remains of the wrecked piano. I wouldn’t be surprised if this too, was something we had inherited.

By we, I actually mean me and my parents, Greg and Kath. Well… I thought they were my parents. It turns out I’m adopted… that might explain the repeated feeling I had, a feeling of loneliness and no connection, no connection at all. I felt like a piece of the inherited furniture, I was there, but with no purpose, I felt unwanted, a bit like Matilda from the movie, apart from she found someone to look after her, someone who truly loved her, but I’m unwanted, unwanted by everyone.

I could hear my footsteps echo around the great dark corridor as I approached the door and taking one last glance at the empty room, I doubted whether I was doing the right thing. But a decision was made, I was leaving and I won’t be coming back. Ever.

I knelt down to pick up the bag with all my belongings in that I had prepared earlier but as I reached out for it, I realised that I still had the letter in my hand, I quickly re-read it before neatly folding it and putting it on the windowsill.

Trying to make as little noise as possible, I closed the door and turned around to face the freezing, windy conditions that instantly turned my face into an ice cube, stopping my breath for a second, whilst the ice cold air circulated in my lungs.

Taking a deep breath, I walked out of the garden without closing the gate. I decided to take the shortest route, the route that would get me away from here as quickly as possible.

As I walked past the empty, isolated streets I halted to a stop as I reached the dark and unwelcoming school gates which loomed in front of me. I  examined the hideous building, the battered brown walls, once proudly covered in children’s work, but now peeling and rotting. I could smell it from where I stood… the smell of decay couldn’t be hidden by the cheap disinfectant that the cleaners used.

Taking one last look, I smiled and turned left at the end of the road, which hopefully, would be a road to something new.