The Simpsons has been removed from the chopping block and won’t be axed! 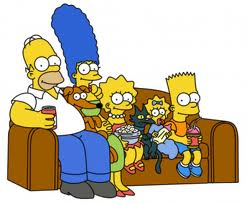 For the active users of Habbox, you may have spotted the article which was recently published mentioning the fact that The Simpsons may be axed! We’re glad to say, negotiations have taken place and The Simpsons will remain for at least another 2 series.

The new contract hasn’t been fully announced yet, but the ‘New York Times’ has confirmed that actors accepted a 30% paycut of their original salary which was £5.2 million. Which means their current salary is £3.64 million. The actors also demanded an increase in shares of merchandising and syndication, increasing their overall share amount. The 30% paycut is a lot less than the original 45% proposed, meaning the actors avoided a hefty decrease on their income.

So, it looks like we can continue to enjoy The Simpsons for a few more years. Which is (according to Mr.Burns) “Excellent”.

Do you regularly tune into The Simpsons? Are you glad the show isn’t being Axed? Who’s your favourite character on The Simpsons? Share your view now by clicking ‘Read More & Comment’!