Thousands of children are sexually exploited by gangs every year. 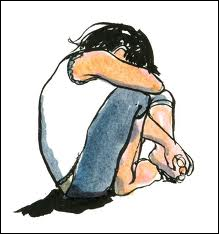 Current figures suggest that up to 10,000 children are sexually exploited by gangs every year, but the actual figure could be a lot worse. The inquiry is being led by the current ‘deputy children’s commissioner’ for England, Sue Berelowitz. She said the issue has reached all classes so she has decided to mount this 2-year inquiry in order to scope the problem.

The exploitation involves children as young as 10, being ‘groomed’ or targeted by groups of men or gangs. The children are then given gifts and attention until being sold or passed onto others once they are trapped. It is commonly described as ‘Horrific abuse’.

Sue Berelowitz will be developing ‘The Child Sexual Exploitation – Gangs and Groups Inquiry (CSEGG)’ which is an attempt to find out the actual number of children who are being sexually exploited and to try and put a stop to this abuse. Sue Berelowitz also said “Right now thousands of children are being horrifically abused by gangs and in groups. Children are being failed up and down the country – in every village, town and city. It is critical to have accurate data in order that government, police, local authorities, the youth justice sector and health professionals can properly identify and protect child victims.”

‘Emma’ who was 12 when she was targeted said “At first I was flattered. Then they then started to get nasty with me, really nasty, it wasn’t fun anymore, it wasn’t nice. They had full control over me, they got very violent and threatening, I’d get raped one a week, every week. I’d have to sleep with other men as well.”

Ms Berelowitz also revealed that three-quarters of England’s local safeguarding and child protection boards were not recording information on child sexual exploitation. However, the most shocking piece of information revealed was this – ‘A snapshot survey of 33 out of 144 local authority areas identified more than 1,000 children being sexually exploited on just one day.’

The government has announced that they will reveal their strategy for this sometime in November.