It may be a box office success, but Transformers: Dark of the Moon hasn’t transformed much in terms of film footage! 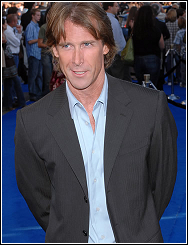 Once again the resident baddie, Megatron, returns. Only this time he’s got something bigger in mind than owning the All Spark. He wants to rebuild his former planet Cybertron, and enslave the human race to help him. Thankfully the hero, Sam Witwicky, is there to save earth with his team of Autobots and new lady friend, Carly Spencer. We won’t reveal anymore as we don’t want to spoil it for you, but if you enjoyed the first 2 movies you should definitely check this one out.

After its first weekend since opening, the third instalment of the Transformer series has pulled in £10.7 million from ticket sales. This comes after Megan Fox was replaced as the lead female role by Rosie Huntington-Whiteley, after comparing the film director, Michael Bay, to Hitler. However critics were not impressed with the change and disliked Rosie’s performance, saying it made Megan appear like Dame Judi French in comparison. This hasn’t impacted the hardcore fans it seems, as Transformers made almost 5 times more money than the film in second place, Bridesmaids, which managed £2 million from ticket sales.

However there have been reports that the director, Michael Bay, has recycled clips from another of his less successful films, The Island. There are videos circulating the internet which show very similar clips that appear in both films. One particular clip shows a wrecked car in The Island, and then the same clip in Transformers but with CGI of an Autobot added. The background in both clips is identical which leads us to think that perhaps he did recycle the footage. There are quite a few of these similar scenes in the new Transformers, which could come as a big disappointment to the loyal fans. But why are we paying to see film footage that’s not only 6 years old, but isn’t even ‘exclusive’ to cinema screens?

Does the recycling of film footage disappoint you? Or will you still be going to see the movie regardless?