Tributes have been paid for a British couple who were killed in Spain by a flash flood. 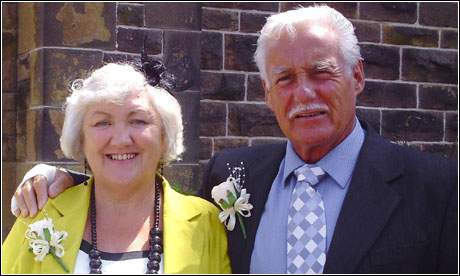 A British couple from Merseyside were killed by a flash flood in Spain after water surged into a market and swept them to their death. They were 72-year-old Kenneth Hall and his 70-year-old wife Mary Hall who had been staying in Costa Blanca. This was a regular trip, as described by their neighbour ‘Pat Mercer’ who said “They went to Benidorm twice a year. They loved it out there, they went for the last 20 years or so. They were fabulous and the most devoted couple you would ever want to meet.”

The local media said that their bodies were discovered trapped under a trailer after the flood. Another 2 people were also taken to hospital (and survived) and a 90-year-old woman was missing for a while until she was recently discovered.

The Halls had only recently become great-grandparents adding to their long family which includes 3 sons, 1 daughter and a granddaughter. Their entire family have been shocked by the news, and one of their sons has already flown out to Spain. Their neigbours have also been deeply traumatised by the news considering they have lived in the same place for nearly 40 years.

R.I.P to Mary and Kenneth.