Are teenagers slowly becoming the ‘Lower class’ of British society?

If you thought being a teenager was the “easy part” in life, then you are very wrong. We’re not talking about being shouted at by your parents, or being grounded for not being back home before 10pm. We’re talking about society, media and the government. 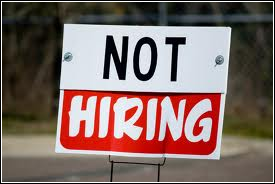 The first sign that teenagers are becoming the “Lower Class”, is the scrapping of EMA’s (Educational Maintenance Allowance’s). The EMA’s paid for the cost of students who attend college, it would usually cover the cost of bus fares, possibly meals and resources that you purchase for your college courses. EMA’s were usually £10-£30 given to students per. week, however the government have now removed these in an attempt to save money. Many students are obviously angered over the EMA removal and many consider it unfair because it’s only a small amount of money, unlike the cost of giving millions of pounds to other countries in debt.

This has then had a knock-on effect on secondary school students. Thousands of students with GCSE’s, simply aren’t going into college because of the EMA support grant being removed and because university fees are rising. This has left thousands of students feeling helpless in regard to financial support when  deciding on college and university, and will often deter students away from the decision of going to college and university also considering that most parents don’t have enough money to fund future education, specifically university fees. It is not only EMA support which has been removed, Aim Higher and face-to-face careers guidance have been cut back as well.

Youth unemployment, is also disheartening teenagers across Britain. Last weeks official figures revealed that 1 in 5 or nearly 1 million young people aged from 16-24 are out of work (Unemployed). Teenagers are often feeling disheartened, and have a lack of confidence to try and find employment, also many students who have good grades simply feel they won’t be useful in the future and that good grades don’t have much impact on the future anymore. The government has also decided to remove many businesses which help teenagers with job guidance, the famous “connexions” business is having to remove its services from many places as well as other career supporting businesses.

One of the final points that shows teenagers in a negative viewpoint, is the media. For example when the riots in England happened, Television, Radio, Newspapers etc. all promoted a negativity around teenagers by using facts such as: “Over 53% of people arrested in the riots were teenagers” or headlines such as “Are Britains youth out of control?”. This is, of course making the view on teenagers, less and less appealing for the older generation and it also gives teenagers the opportunity to frown upon the government. Only 4000 people were arrested in the riots,  if 53% were teenagers, then that is 2120 teenagers arrested. So what? If just over 2000 teenagers decide to go on a riot, it’s highly unfair for the mass media to “slash” teenagers and start claiming “they are all out of control”. Also, the mass media especially on news documentaries, only shows illiterate teenagers or un-educated teenagers. It rarely shows studious and polite teenagers (Except when reporting about A levels and GCSE’s), this is a very “sneaky” trick and enhances the stereotype of modern day teenagers.

However, not all teenagers are as innocent as they seem – especially inside school. In a recent poll, it was discovered that over 70% of parents and teachers wanted to bring back ‘corporal punishment’ in schools, such as the infamous ‘caning’. If you thought this was bias towards adults, it wasn’t, over 50% of teenagers agreed with bringing caning back and felt it as a necessary way of teenagers being able to control unruly pupils inside classrooms.

Also, the government feels that ‘Ofsted’ is incorrectly rating secondary schools. Ofsted rate 1 in 10 schools as being ‘outstanding’ which is about 600 schools (in Britain), however the government feel that 54% of these schools, need to be re-evaluated due to poor teaching rates and simply not enough interaction from students willing to learn.

Many teenagers who are upset about the way they are viewed by a large majority of people, are starting to blame the government. Since the Conservative party came into power along with the Liberal Democrats (Causing a Co-alition), teenagers don’t seem to have been benefiting at all – facing huge losses with finance and career advice but mainly by being portrayed negatively by the government and in the mass media!

What do you think? Does the media portray teenagers in a negative view? Are the government simply “not paying attention” to teenagers? Share your view now by clicking “Read More & Comment”!