Its official! Nicole Scherzinger is going to be the fourth Judge on US X-Factor! 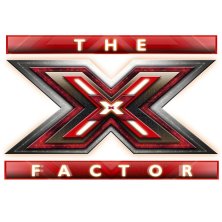 Ex Pussycat Doll Nicole Scherzinger is going to be the “Cheryl Cole replacement” and will be taking her seat behind the panel next to Paula Abdul, LA Reid and Simon Cowell as US X-Factor auditions continue in New Jersey.

Scherzinger told Graham Norton during an interview on his show that she found out she was going to be replacing Cheryl Cole by reading it in a newspaper.

Paula Abdul says she hasn’t forgotten ex judge Cheryl and she promises to stay in contact with her, and she also tweeted “Cheryl is amazing. We have forged a wonderful friendship & have been & will continue to stay in touch.”

As X-Factor UK goes, N-Dubz star Tulisa Contostavlos will also be replacing Cheryl Cole. Tulisa has started filming UK Auditions accompanied by Gary Barlow, Kelly Rowland and of course Louis Walsh and it seems she is doing an outstanding job as Louis Walsh says “Tulisa has that girl-next-door appeal that Cheryl had – and I’d say she’s better.”  Tulisa also says that she isn’t trying to be the next Cheryl Cole and that she is going to be herself, be honest and enjoy the experience!