Habbo2020: ‘Donations’ and the future of Fansite events

Unless you’ve been living under a rock, you’ll be very aware of the changes that are due to take effect within our beloved Habbo. Currently, several new taxes are in the spotlight and many users on Habbo and Twitter have been voicing their opinions on the matter. Some of those taxes include: marketplace tax, vault tax, donation tax… and more. 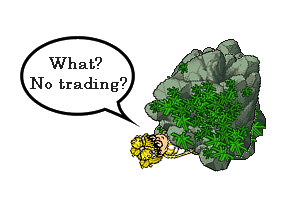 However, with the (at least temporary?) removal of P2P trading, there is something we would like to highlight – the new ‘donation’ tool.

This is a feature that is absolutely necessary in the absence of trading, and unless implemented with the operations of fansites or similar communities in mind, will cause dire effects on the future of our events…

We’ve done the math, and it’s honestly shocking. Running a fansite in the same way as we currently do is going to cost a lot more.

Read on to find out how.

Throughout the year our team give out credits for events and competitions across the site, forum and in-game. The Habbox Events team host daily games, and our lovely staff donate prizes multiple times per event. Additionally, we host larger events such as Habboxstarz, Habboxween, Habboxmas, and everything inbetween. But our most anticipated event of the year is the Habbox Summer Spectacular.

Since 2007 Habbox has hosted the Habbox Summer Spectacular, an annual event which runs for over a week, and gives the community opportunity to win thousands of credits. It’s arguably the biggest fansite event on Habbo.

We’ve done some estimation and some math, and here is a breakdown of our generosity over the last year…

Just to reiterate in big, bold font, to run our community events, Habbo want us to pay – 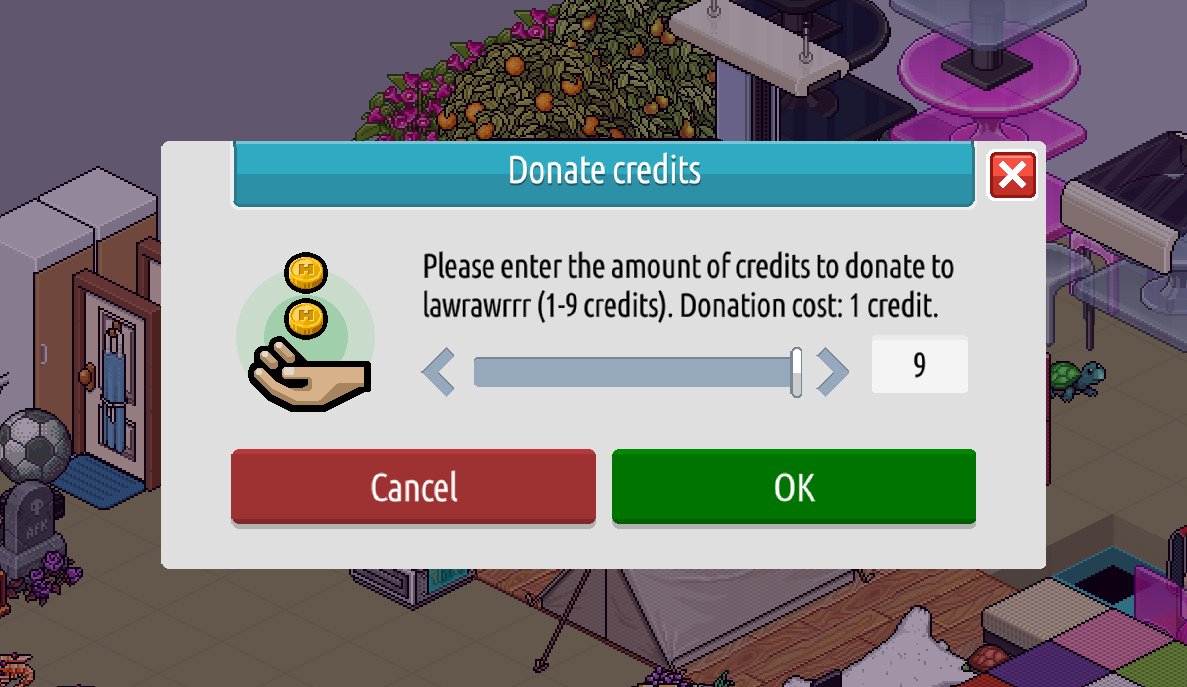 The current way that the donation tool works is to charge 1c for every donation – with a maximum donation of 9 credits (which costs 10c).

As you can see from the above tables this just absolutely does not work on a large scale. Our top prize winner in this year’s HxSS won over 700c on the final prizes alone – that’s 78 ‘donations’  and would cost us 78c – and imagine the TIME it would take to give all of the prizes at once?

While we understand the reasoning behind having a fee – supposedly to stop black market traders giving loads of “free” money – we feel this tax is completely unfair on fansites. We are VOLUNTEERS. We spend our pocket money or work hard to spend our earnings on Habbo, and we give it back to the community and keep users engaged – all for free and without complaining. When it’s going to cost us so much more per year… it’s hard not to question whether it’s worth it.

In addition to this, coins donated are received within the user’s earnings window. If a user claims them, they are sent to their purse if they have under 500 credits, and to their vault if they have over 500 credits. And we all know that the vault has a gigantic 80% tax (unless you spend an as-yet-unspecified amount of IRL money), which means your 700c prize is now actually only worth 140c if it gets sent to a locked vault.

And let’s not even get into how giveaways – free furni trading – will never exist, so we’re now completely limited to only giving credits. That’s a topic for a WHOLE other article…

We’ve spent a lot of time figuring out the right math for this article.

Our event prizes are calculated at an average of 4c prize and 5 rounds (e.g. 20c per event). The tax is then calculated per round (5 “transactions” means that your 20c event now costs you 25c). We’ve run 1,300 events in the last 12 months – for reference.

Most of our big prizes range from 50c to 500c. This means we’ll have to give out the prizes 9c at a time and pay 1c per transaction.

We’ve done some maths for events hosts too. Yes, this is the “worst case scenario” – if you don’t win anything at all and just spend money, but we thought it might be useful for some of you. This doesn’t take into account any vault/exchange tax.

We have already been in contact with Habbo and let them know about some of the figures we’ve posted in this article. We’ve also come up with some practical suggestions that we think could improve the donation tool.

Comment your thoughts. Can Fansites realistically continue to run without a viable donation feature? What do you think of our ideas?

I love the break down of what has been given this year vs what habbo 2020 could look like. I’m not super into being ‘taxed’ for giving prizes, but that’s a better option than not being able to give anything at all.
Hopefully Habbo listens and changes something so we can keep giving prizes!

You’re totally right actually! There was a chance that we actually could have had NO option to give anything, so we have to at least be thankful for that. It is sad that people will be taxed just for having the kindness in their heart to give away for free 🙁 there has to be a better way!

Fantastic article as per!!!

I’ve tried hard to remain positive and embrace the change, but when you dig this deep into how it will effect us long-term it’s pretty shocking. Yes, we were fortunate to get the donation tool added, but it needs to be revisited considering it was initially introduced with us in mind in the first place. Maybe a little hurried, and not thought through – hopefully we have done a good enough job to encourage a rethink from the developers .. 😀

You see the sarcasm from a redevelopment that should be more friendly to the said younger audiences YET its economy is bound to be made in such a way that you will only have a minimally decent gameplay experience if you have a stable profit rate only affordable to those old enough to keep it (with exceptions)? There are more enjoyable ways to exploit people

Ashamed to say that I’ve only just got around to reading this oops. But love this article and the breakdown, definitely seems as though some major changes need to be made otherwise habbo will just never be the same game and a LOT of people will be leaving. I think it’s great that you guys have stayed so in touch with habbo over all this – hopefully they do listen to your feedback because based off the maths that’s been done it seems as though if nothing changes I, at least, probably wont be able to afford to keep hosting.. yikes.

I’m trying to stay optimistic about the changes and trust that Habbo isn’t trying to ruin everything but the changes to credit donation are concerning. Fansites and agencies rely on it and they’re always the most popular rooms. A lot of people play to win or earn credits from fansites and agencies so if there’s no incentive it won’t be good at all.

I’m struggling to stay motivated with all this new no trading business, and ridiculous new greedy tax system!
I have been feeling off lately and I just can’t worry about this on top of that too! 🙁 I hope they change their minds about the P2P trading.