Has it really been a year already?

Our annual mega-tournament looms just over the horizon, and we’re gearing up to give out THOUSANDS of credits and other fun prizes – it’s HxSS 2022!

This will be the sixteenth edition of the tournament, but if you’re not sure what to expect then read on.

The Habbox Summer Spectacular, usually abbreviated to HxSS, is an incredible 10 day Habbo-based tournament that’s open to all users and offers enormous amounts of prizes – last year well over 10,000 credits were awarded in literally hundreds of events across the tournament.

You can win individual daily prizes and awards as well as team prizes. It’s fun to play in a team, but personal glory is always great too! It is a competition after all.

Overall, it’s an amazing week-and-a-bit of bonding and fun, with the whole community coming together. A couple of weeks ago we announced the theme –

Grab those comics, watch all 502735 Avengers films, and get ready to battle it out as your favourite super-human heroes and villains in this year’s HxSS!

Oh yes, teams are half the fun here at HxSS! The tournament is split into four teams (Black, Blue, Green, and Red) and everyone involved can win points for themselves and their teams in a variety of ways throughout the tournament.

We’ve paired up a hero and a villain for each team to serve as double mascots – huge thanks to our graphics department for getting these made! 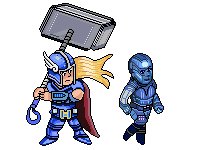 The blue team – Thor and Nebula 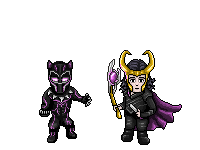 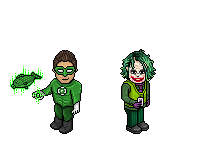 The green team – Green Lantern and The Joker 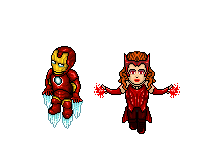 How do I join a team?

We’re opening up the team applications right now, so head on down to the teams page and let us know which team you’d prefer to be on.

We’re also looking for people to take on a “Leader” role for the teams, and there’s an option on the team application to say whether or not you’d like to be considered for that particular role.

Leaders don’t need any prior experience and they don’t need to be managers, but they DO need to be very active and willing to help with things like booking in events, pushing the teams to interact, and generally keeping everyone happy!

I want to know more!

There’s loads of extra info and history on our Wiki page, but keep an eye out for more to come for this year’s tournament… who‘s excited?

I better get dressed for this!